CTV impressions soared during the Covid-19 pandemic, and the Channel continues to be one of the fastest growing outlets when it comes to ad spend. Last year the pandemic accelerated cord-cutting and drove 40.6% growth YoY (eMarketer, March 2021).

According to a November 2020 poll from the Interactive Advertising Bureau (IAB), 60% of US advertisers planned to shift ad dollars from linear TV to either CTV or OTT in 2021. Among those planning to do this, 81% cited targeting and efficiency as a reason, while 55% pointed to incremental reach.

Connected TV has transformed Television into the next great performance channel – combining the experience of television with the urgency, targeting, and timeliness of digital media. The most recent evolution includes creative overlays that have enabled digital-like interactive experiences capable of dynamic content, carousels and skins and the ability to drive leads directly from the largest screen in the house via SMS and QR code call-to-actions, as well as retargeting strategies used to intersect users who saw a CTV spot with a display ad to pull them through the funnel.

The Internet Advertising Bureau defines CTV initiatives as focused on video that is internet delivered, and viewed on a (big screen) TV. This includes:

Determining if CTV is Right For You

For more on CTV, join us for our virtual session, ““As Seen on TV” May Have Come First, but now Connected TV is Driving Revenue for Catalogers” on September 15th for NEMOA. Senior Vice President, Digital Marketing, Erica DePalma and Senior Vice President, Tracy Egan, will provide a CTV overview, tips for how to realize the power of CTV as part of your media mix, and measurement and validation tactics for direct response advertisers. 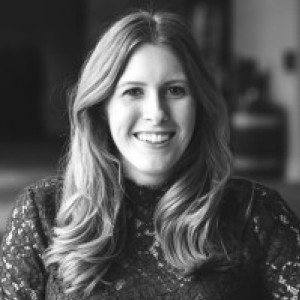 How Marketers Are Responding to the Global Paper Shortage

A Status Update on the Paper Industry

Shopping Basket
We use cookies on our website to give you the most relevant experience by remembering your preferences and repeat visits. By clicking “Accept”, you consent to the use of ALL the cookies.
Do not sell my personal information.
Cookie SettingsAccept
Manage consent

This website uses cookies to improve your experience while you navigate through the website. Out of these, the cookies that are categorized as necessary are stored on your browser as they are essential for the working of basic functionalities of the website. We also use third-party cookies that help us analyze and understand how you use this website. These cookies will be stored in your browser only with your consent. You also have the option to opt-out of these cookies. But opting out of some of these cookies may affect your browsing experience.
Necessary Always Enabled
Necessary cookies are absolutely essential for the website to function properly. These cookies ensure basic functionalities and security features of the website, anonymously.
Functional
Functional cookies help to perform certain functionalities like sharing the content of the website on social media platforms, collect feedbacks, and other third-party features.
Performance
Performance cookies are used to understand and analyze the key performance indexes of the website which helps in delivering a better user experience for the visitors.
Analytics
Analytical cookies are used to understand how visitors interact with the website. These cookies help provide information on metrics the number of visitors, bounce rate, traffic source, etc.
Advertisement
Advertisement cookies are used to provide visitors with relevant ads and marketing campaigns. These cookies track visitors across websites and collect information to provide customized ads.
Others
Other uncategorized cookies are those that are being analyzed and have not been classified into a category as yet.
SAVE & ACCEPT